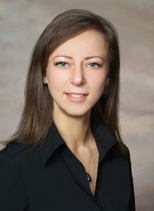 Roma assists counsel, courts and companies with the development and implementation of complex claims settlement programs. Serving in the roles of a claims administrator and a Settlement Master, she provides subject-matter guidance on effective and efficient program implementation, internal controls, and fraud prevention and detection.

Currently Roma oversees the implementation of all aspects of the NFL Concussion Settlement Program. The terms of the Program provide a wide range of benefits to retired NFL players, and Roma works with the Special Masters, the Parties, and the law firms representing the Players to ensure compliance with all requirements.

Roma also assists the Court and the Parties in managing data through MDL Centrality platform in the largest MDL in U.S. History, In Re: 3M Combat Arms Earplug Products Liability Litigation, MDL No. 2885.

In 2012, Roma relocated to New Orleans, LA, to oversee the setup, hiring, training, and staffing of 18 offices throughout the Gulf region and a review center in New Orleans to review claims and assist claimants affected by the oil spill in the Court Supervised Deepwater Horizon Settlement. The Program, opened in June 2012, has issued awards totaling more than $12 billion with regard to more than 178,000 claims. The overseeing Court noted that this was one of the largest class action settlements ever, and our achievement reflects the unprecedented, tremendous 8-year long effort, and that as of January 2021, the Claims Process is complete.

Roma has significant experience with pharmaceutical and medical device mass tort settlements. In this regard, she provided oversight of claims processing in connection with a major, nationwide class action settlement to which Wyeth is a party. Early in her career at BrownGreer, Roma played a key role in developing the complex algorithm that is used in determining eligibility for Matrix Benefits under the Settlement Agreement. She also assisted Pfizer in developing criteria for the court-approved 10th amendment, as well as with drafting procedures for handling Medicare claims. Her responsibility in the Pfizer settlement included providing oversight for the implementation of the terms of the Settlement Agreement. Since then, Roma served as a Claims Administrator, Settlement Master, and assisted with mediations in various global resolution and inventory settlement Programs.

Additionally, her experience includes providing subject-matter guidance in developing fraud detection and prevention procedures. Recognizing that settlement programs are vulnerable to various attempts of fraud, Roma developed a state-of-the-art fraud detection and prevention program, using extensive fraud vulnerabilities assessment checklists and having advanced data analytics tools to observe and summarize trends to allow meaningful analysis. When needed, she works successfully with multiple law enforcement agencies on case referrals and assists with investigations and trials. In the administration of the Deepwater Horizon Settlement and its predecessor program, the Gulf Coast Claims Facility, Roma accepted the “Coin of Excellence” from the United States Attorney for the Middle District of Louisiana for work to implement processes for fraud detection analytics, review, and referral of fraudulent claims to law enforcement. Roma also directed and implemented fraud detection and prevention programs in the $4.85 billion Vioxx settlement and the $2.5 billion nationwide ASR Hip settlement.

Roma regularly assists clients implementing smaller settlements arising in a variety of contexts. Bringing her skills of efficient administration to bear, she handles all projects to the utmost satisfaction of her clients.

Roma began her career at BrownGreer in 2001. Having received a Bachelor of Jurisprudence in International, European Union and Comparative Law from the International University of Concordia Audentes, she left the firm to earn her Juris Doctor degree from the T. C. Williams School of Law at the University of Richmond. While enrolled there, she received the CALI award for excellence in the study of Corporations and graduated in the top 5% of her class. Roma’s education also includes a semester spent at American University, Washington College of Law, as a visiting scholar in the International Legal Studies Master of Law program. Her focus in this program was on direct investment international regulatory regimes.

Personally, Roma strongly believes in the value of helping one another, and as such, she started and runs the Petkauskas Foundation. Since its inception in 2014, the Foundation organizes and operates various developmental, extracurricular, educational, and entertainment activities for underprivileged and disadvantaged minors in Virginia, Louisiana, and in Lithuania.

Roma is fluent in both Lithuanian and Russian.